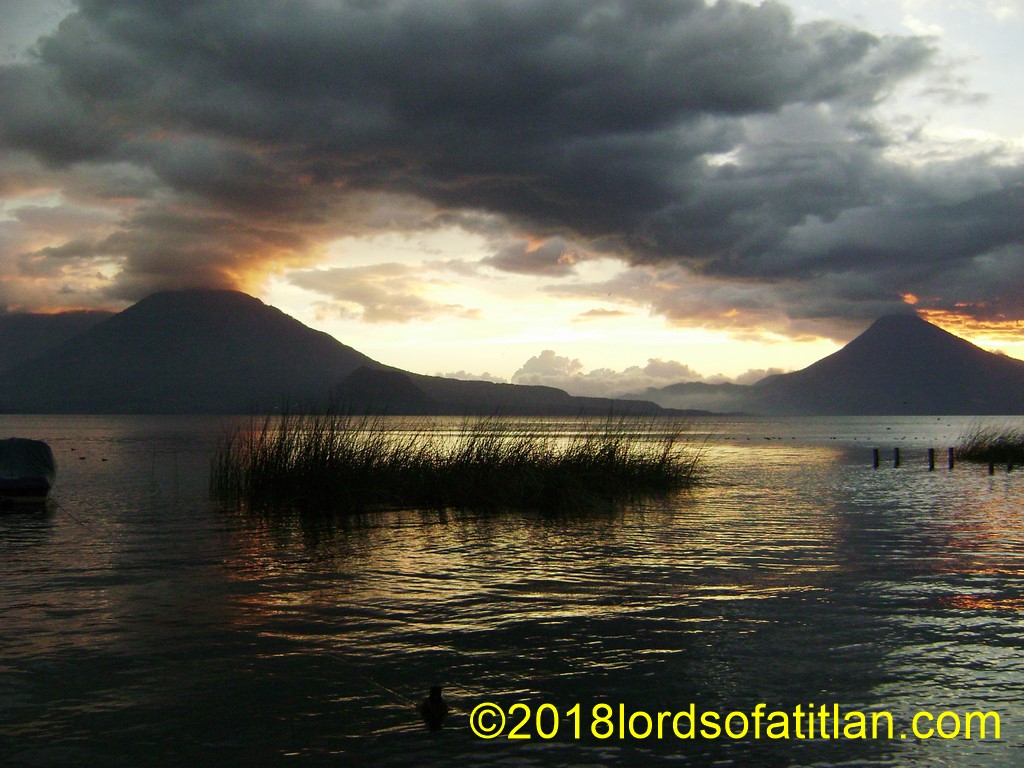 My photographic journey in Guatemala began roughly on the spot where I now sit writing, behind the Isla de Los Gatos, looking out across the bay of Santiago Atitlan. Opposite, I view the colossal cerro (bluff) Chuitinamit guarding the entrance to Atitlan. It looms over the bay and passing launches. However, it is dwarfed by Volcano San Pedro towering in the background. Chuitinamit was the ceremonial site of the tzutujiles of Atitlan. The tzutujiles entered the lake region in the 9th century B.C. from Mexico.

Tall waves of giant sedge, or tul, engulf the isle and the shoreline. one continuous band of gold for the first foot above the water emerging into long verdant green shoots, again crowned in gold. Through the wave of water, tul, light, and reflection, dozens of fishermen in tiny dug-out canoes (cayucos) ply the waters of the bay from its mouth to the town that literally means “end of the waters”, Chacayá.

The life of the fisherman is precarious. The waters of Nim Ya (Lake Atitlán) can turn from tranquility to tempest in a breath and much fishing takes place at night. Many mystical and metaphysical interpretations of the lake probably owe to the fisherman. heading out across the waters in the black of night, rowing back out of the mist at first dawn.

That first day several years ago I walked down to the lake in the early morning glow. The lake was serene. It being December, the lower half of Volcano San Pedro was golden with dried stalks and leaves from its multitudinous milpas (slash-and-burn cornfields). Among the rushes, fishermen in cayucos sat hunched over their nets in the placid, reflective waters. The rising sun cast a reflection of the whole upon the bay: the fishermen; the golden cone of Volcano San Pedro dappled with green from the tul encircling the isle and mainland; and golden spires of cut tul bound to dry stacked upright.

Two men approached in cayucos to load the tul to transport to Atitlán. There it would be processed into petates, multi-purpose mats which serve as mattresses scattered on dirt floors in homes throughout the area. The men asked me to take their photos. And I’ve been shooting and distributing photos ever since. 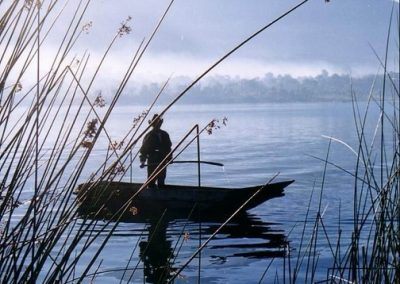 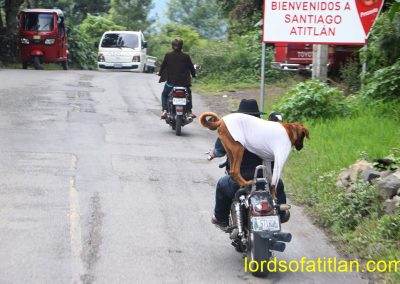 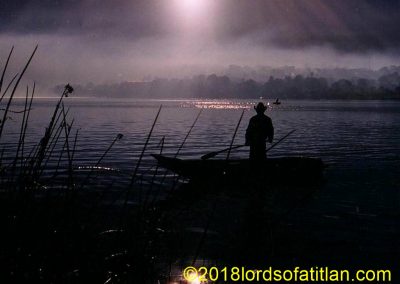 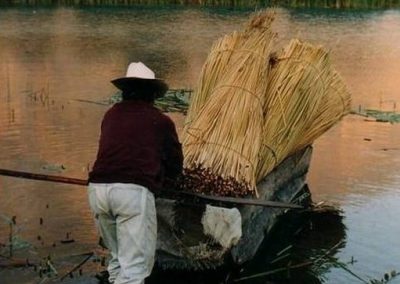 Behind the Isla del Gato, Santiago Atitlán I encountered the tuleros Diego and Francisco. Although among my first photographic subjects in Guatemala, they were among my best.

In include this photo to illustrate the harvest of tul. Tul is a type of sedge whose fibers are used to make petates (mats), sandals, and other products 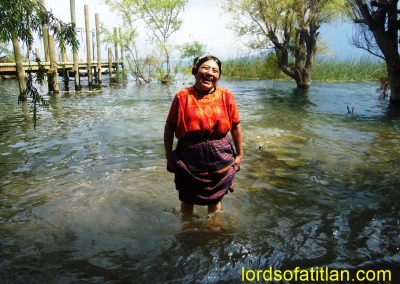 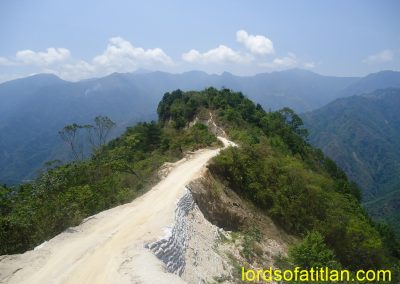 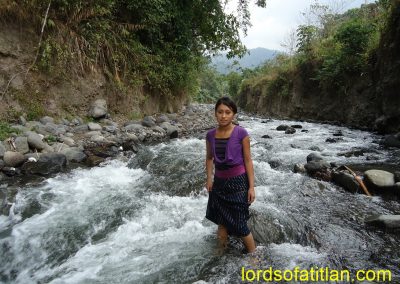 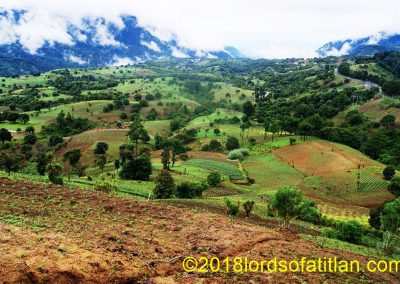 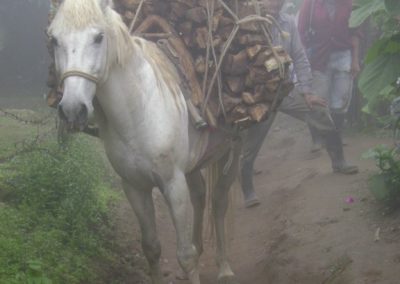 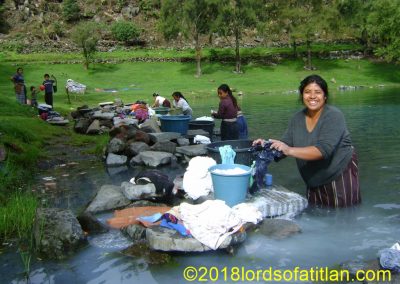 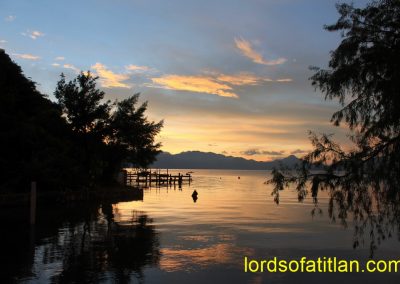 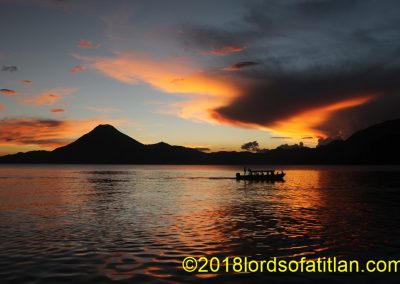 View of Lake Atitlán from Jaibalito 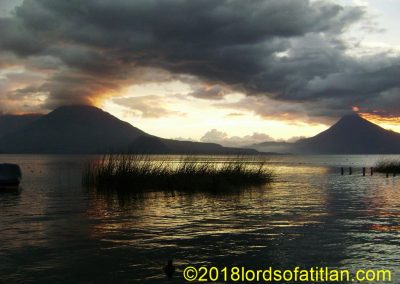 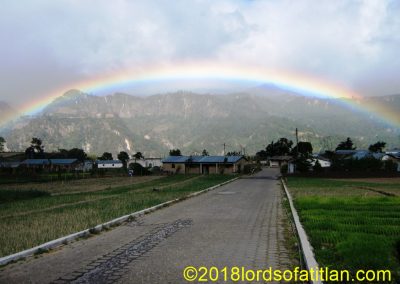 Concepción. In the background, in the mountains are the other communities of the municipality.