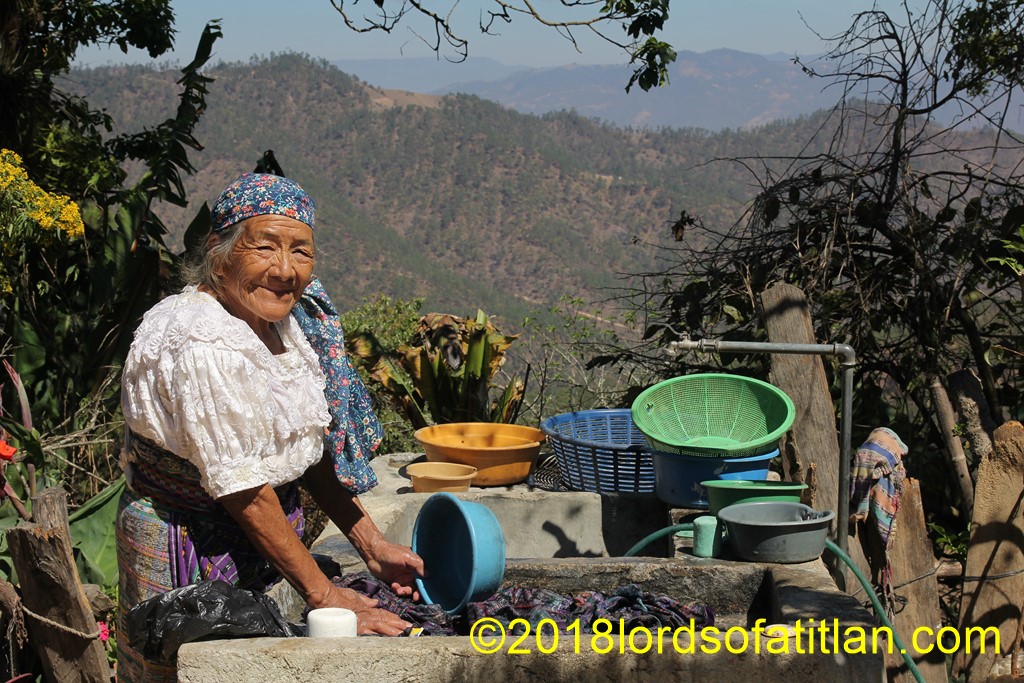 I wrote this brief biography in 2013, for the dedication of a potable water project sponsored by my parents, in Canton Quivalá, Santa Cruz del Quiché:

I am proud that my parents, John and Kathryn Muirhead, have helped bring potable water to the 108 families of Canton Quivalá, Santa Cruz del Quiché. Thanks to Sister Jan Gregorich and my brother Richard, both of the group Global Partners: Running Waters of Milwaukee, Wisconsin, and Jorge Luis Castro of Las Cáritas del Quiché my folks accomplished the greatest single gift of their lives, after their deaths.

My parents were part of a remarkable generation of American farmers, simple and humble like the people of Quivalá. These farmers didn´t have much. They struggled to feed, clothe, and educate their families. With the little they had left, they helped members of their communities even less fortunate than they were. They believed in living correctly and in treating one another with respect. They spoke neither Spanish nor k’iche’. However, in almost every other way, they resembled more the people of Quivalá than they would have modern-day Americans.

John Muirhead was born August 3rd 1913 in Plato Center, Illinois, a mid-west American farm town about the size of Quivalá. Plato’s population was disperse, as is Quivalá’s. John didn´t excel in school. His parents raised him to be a farmer. He lived 96 years in the house in which he was born, on the road named for our family. There he farmed virtually every day from early childhood until his death. Corn and cattle were his life; and his skill at raising both, his greatest source of pride.

I feel my father´s presence as I walk the pathways of rural Guatemala through milpa and fields of vegetables verdant and lush, passing cattle, pigs, chickens, barking dogs, and people gathering firewood, or cultivating, planting, or harvesting their crops. The natural splendor of highland Guatemala would have excited my father. The wide variety and exceptional quality of your corn, vegetables, and fruits would have amazed him.

My mother, Kathryn Thomas, was born August 29th 1914. She grew up near our family farm In South Burlington, Illinois, a settlement to this day smaller than Quivalá. Mom also lived on a farm on a road named for her family. She not only excelled in school; she was a genius. In those days that destined her to become a teacher.

Kathryn taught in a one-room schoolhouse similar to the smallest rural schools of Guatemala today. When she married, she retired from full-time teaching to be a farm wife and raise a family, four boys and a girl. At a much higher level, though, she remained the community´s great teacher. Kathryn Thomas expressed strong anti-racist and anti-militarist views that changed the moral conscience of our town forever and rubbed off on neighboring communities.

They said my mother would never meet a stranger, that every man, woman, and child was her friend on contact.  Indeed her expansive heart contained room for all. She would have loved the people of Quivalá, along with their custom, ceremony, and fine textile tradition. Quivalá would have loved her too.

In 1988 at age 73, Kathryn succumbed to the crippling arthritis which had plagued her body much of her adult life. Today, her spirit and that of her husband John are aglow with the knowledge that their gift will help people so much like themselves in a place as special and beautiful as Quivalá.